Why you should always have a Team Leader 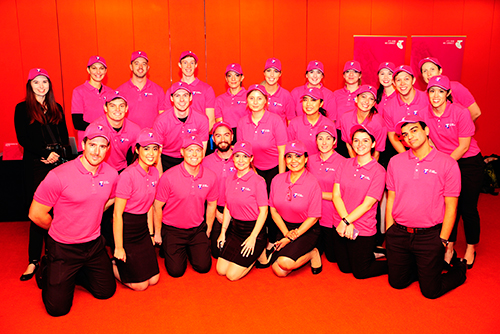 You’ve heard the saying “two is company, three is a crowd”. Well it seems that this common saying also applies to small teams of promotional staff too!

Generally, staff dislike working on their own, which is understandable when you consider that their role requires them to go to places/stores that they’ve not been before, promote products that they are new to and generally put ‘themselves out there’ by trying to engage with consumers, all without any real support whilst they are on their shift.

So, when staff get the opportunity to work with others, they jump at it. When there’s two staff, two good staff, they push each other along, support each other and cover for each other during breaks. They’re clearly focused on their objectives and responsibilities and understand that, because there’s just two of them, that the success of the activity sites squarely on their shoulders.

But when you add one or more staff members that dynamic shifts. Someone needs to really step-up and assume that Team Leader role.

First of all, let us qualify what we mean by a Team Leader. The Team Leader is there to manage, motivate and monitor the promotional staff, leading by example in delivering the experience/activation, acting as first point of contact for staff concerns or feedback, chasing Brand Ambassadors who might be late/out of position, the management of breaks, capturing feedback for reporting and troubleshooting any problems that might arise.

This role generally can’t be performed by the Client or Agency Producer as they have a broader scope of responsibility to manage whilst onsite and can’t necessarily give the staff the support or guidance they need, when they need it.

Without a Team Leader the team of now 3 or more staff take longer to work out simple things like breaks, when there is an issue which needs to be escalated they’re more likely to all stop what they’re doing and await direction and they will spend longer confirming things like individual roles. What tends to happen is that someone will either step-up into the Team Leader role or they will be appointed, and whilst this sounds like a good opportunity for staff to show that they can lead, this can backfire when the wrong person step’s up and appoints themselves.

The insight here, which came from our staff, is that they prefer to have a designated leader onsite and are therefore likely to do a better, more efficient job, when they have one. So, if your team at Mash Marketing HQ have done their job in getting you great staff, the additional investment of a Team Leader will pay for itself in the better results the team deliver.

Over to us then…

Jonathan Williams
... a mad scramble to provide a head shot to my promo agent... a selfie using my dad's old camera, a mirror, and a "tripod" (a towel rack and a sauce pot)... drama, but landed the work... thx Mash Staffing Australia